Winter Cycling - Is it too Cold to Explore Helsinki on a Bike? 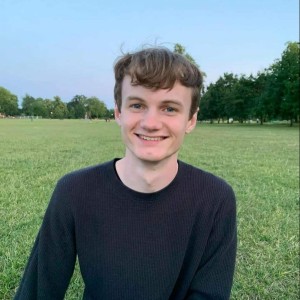 Cycling and photography enthusiast who came to visit Finland and never left, now getting to know the country one separated bike path at a time.

Cycling may not be the first idea that comes to your mind when choosing a way to explore the northernmost capital city in mainland Europe during winter. With temperatures generally sitting around -15℃ and an uninterrupted blanket of snow covering the city, you would even be forgiven for thinking that riding a bike could be a bad idea. That is, until one of Helsinki’s many delivery riders flies past you equipped with a mid-range mountain bike and a pair of generic winter tyres.

In fact, cycling infrastructure is well maintained in Helsinki throughout the colder months, with hardened snow topped with gravel providing a comfortable riding surface over the whole network and the main cycling arteries of the city cleared of snow and ice completely, allowing a glimpse of tarmac. It is normal to reach speeds of 40km/h or more on sections with kinder gradients and thanks to the city’s commitment to keeping its 1500km of cycle paths clear, many residents of Helsinki happily keep their bicycle as their main mode of transport.

One toasty -5℃ afternoon, I decided to go out and experience Helsinki’s winter cycling for myself, in order to find out whether or not cycling can be as enjoyable a leisure activity in winter as in summer. Armed with an extra pair of socks and some good mittens, I downloaded a route onto my phone and set off on a tour of the city’s western islands.

The route starts on Katajanokka, an island where the beautiful Uspenski Russian Orthodox Cathedral is located. Leaving the island, you join a two-lane cycle path traversing Kauppatori, the market square overlooking the bay with views of the Skywheel and Allas Sea Pool. The path follows the coastline southwards in the direction of Eira, arguably the most serene neighbourhood in the center and a popular spot for sledging at this time of year.

Of course, where there are people on sledges there must be a hill, and where there is a hill there must be a view. This one is not to be missed, and more than worth the climb to the top. From here a number of Helsinki’s islands are visible, including Suomenlinna, the old sea fortress.

I was amazed by the frozen sea, something I had never seen before, and I needed to see it up close. Seeing this view began a theme of the afternoon – there was no way I would get around the route in the estimated time. The idea of riding past these incredible winter landscapes felt impossible to me, and I began the first of many detours to see them up close.

The islands of Harakka and Särkkä, usually only accessible by ferry, were now connected to the mainland by thick ice, the snow upon which had already been compacted by previous adventures by tourists and locals alike. While I can’t say the ground was as well maintained as the official cycle paths, some sections were even rideable. This unexpected deviation from the route did confuse my GPS – it didn’t appreciate my spontaneous choice to go for a 20km/h swim and kept changing it’s mind between telling me to make a U-turn and just keeping quiet and hoping for the best.

When I eventually made my way back onto the route, I followed it North along the coastline and across the bridge to Lauttasaari, a fully connected island to the west of the mainland. The sea was only partially frozen here, which provided a new kind of winter landscape – just in case anyone could be bored of the perfectly snow-covered ice already. I took my favourite photos of the trip here, with one sheet of ice stretching into the distance, water around it and families strolling out into the sea.

At this point I decided to stop for a coffee and a cinnamon bun at Paseo Cafe & Grill, a little wooden building in the forest just off the beach. Oh did I mention? The beaches are bordered with forest, offering the two most typical Finnish views – frozen water and forest. Paseo serve their outside seating through the winter, but I made a southern decision and went inside to warm up my toes.

Having finished my coffee I continued towards another part of the beach, where Finnish families were building an igloo from tinted blocks of ice they had made in juice cartons. Finns are usually seen as closed, quiet people, especially during the winter, but this collaborative project from many different families gave an alternative view. You may notice these igloos popping up in shared spaces around the city, and there’s something really special about them.

The next section of the route is a treat of bridge after bridge, each with a different style and a new view over the ice. My favourite is the one connecting Lauttasaari with Kaskisaari, underneath which there seemed to be a ski highway, another phenomenon of frozen Helsinki that you certainly shouldn’t let the cold stop you from seeing.

©Thom Keen – The view from the Kaskisaari bridge

It is impossible to talk about the western islands without mentioning Seurasaari. There, you can see traditional Finnish buildings from the 17th and 18th centuries, which form part of a museum. In the summer time it is possible to enter the buildings, but exploring the island is well worth the time just to see the exteriors. While it is not permitted to ride a bicycle onto the island itself, there are good rack facilities and I would recommend taking the time to explore the island on foot.

From Seurasaari the route loops back onto the main land through Töölö, leading eventually to Töölönlahti, the lake beside Oodi Central Library. It is, of course, frozen over.

Now back in the centre of Helsinki, the route takes you east towards Hakaniemi, where on the right day you will see a vibrant market selling traditional baked goods, postcards, artisan jam and honey, to mention but a few. Finally it comes south through the harbour, where you will see Uspenski Cathedral up ahead. This soon takes you back onto Katajanokka, concluding the trip.

It turns out that winter cycling is a wonderful way to spend an afternoon, alone or with friends or family, and with the right equipment, the biggest danger is that you will take three times the estimated time to complete the route due to distractions that you can’t simply ride past. Thankfully, by this time of year the days are getting longer again and despite my detours I was still home before sunset. I can’t recommend this experience enough.